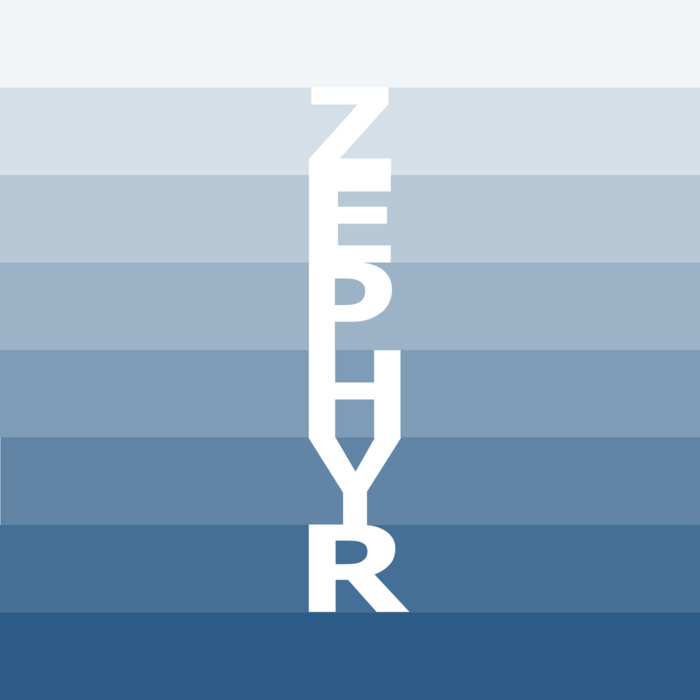 'ZEPHYR' is my debut album; it's instrumental, roughly fitting into the 'contemporary classical' genre, and created using digital instruments and, for one track, my voice.

The album roughly moves from 'large' to 'small' ensembles throughout, the larger tracks being more orchestral, the smaller tracks focusing on a particular family of instruments:

All the pieces were titled after they were written, so the names I've given them are more retrospective subtitles; feel free to entirely ignore them when listening!

I want this album to be a celebration of pure and absolute music making, with no other purpose or justification needed than just to be heard.

- 'Climb' and 'Numbers' are both tracks from ABSOLUTES; 'Scats' also has a certain special link back to that record too...!

- 'Dream' was written about 12 years ago, under the name 'Phantasmagoria', and has been performed by vocal quartets, string quartets and string orchestras! I wanted something for the end of the LP and that piece has always been very special to me, so I felt it appropriate to re-record it again.

- Aside from reverb and mixing/mastering tools there are no effects/sound design elements in the whole album; it became more of a mission to just enjoy the sounds of the instruments rather than warping them into anything else, which has been my previous preference!

Bandcamp Daily  your guide to the world of Bandcamp